This debate article proposes revision of the current patent system to provide increased green incentives for inventors and businesses. The aim of this initiative is to drive and accelerate climate-friendly innovation and growth.

More and more people have come to regard climate change as the great challange of our time - which is a positive.  Is is, however, easy to become pessimistic at the lack of progress being made. Many nations are having significant difficulty reducing greenhouse gas emissions and meeting climate targets. There is often a sense of doom, exacerbated by the appearance of ominous headlines in the media following reports of various UN agencies and comments of António Guterres, the UN Secretary-General, when he said that 2021 would be a "make or break year" in relation to tackling the climate crisis, and urged policymakers around the world to "stop talking and start acting."

The Secretary-General’s comments, however, should be taken seriously: a   radical adjustment of modern society needs to take place immediately.  That will involve collaboration among a broad range of social actors, contributing ideas, innovations and proposed solutions, along with active leadership, willingness to change, and effective incentives.

New climate-friendly technologies, innovations and solutions are most appropriately generated by businesses and individuals, and in this area, there are reasons to be tentatively optimistic. The initiative Fossil-free Sweden, and green multibillion-dollar investments from industrial companies such as  HYBRIT,  Northvolt and American Heliogen, are all good examples  of  actors driving climate-friendly innovation forward through large-scale investments.

The motives and driving forces behind these initiatives are both logical and simple. Without environmentally friendly industries there will be no future competitiveness, growth or profitability. Changing existing business models and shifting production to "green" products and services is seen by many companies as something rational: to quote David R. Brower - “There's no business on a dead planet”.

The primary task for politicians, authorities and the public sector will be to create incentives, legislation, and the normative systems necessary for climate-friendly structural change. Citizens and the electorate expect “climate action” from these actors.

It is important for dominant global players such as the EU, the US and China not to remain competitive. If one or more can manage to show clear leadership and action in the climate field, as well as demonstrate increased economic growth in consequence - the incentives for other actors and countries to follow suit will increase.

In order to enable such a scenario, the focus of business and the economy needs to be adjusted so that environmentally and climate-friendly entrepreneurship is fostered and able to grow and prosper to a greater extent than the rest of the national economy. Investment capital will then also flow in this direction.

In the following paragraphs we suggest that, in this context, patent systems are particularly interesting.  They are well suited to reforms that could drive climate-friendly innovation and growth.

First, the current patent system should be regarded as a component of the modern global economy. Patents help drive innovation and technological development forward, which in turn drives economic growth. If climate-friendly innovation is positively treated in the context of the design of future patent systems, the system will help promote the rapid development of a wide range of climate-friendly technology. As the patent system is already an existing and well-integrated part of the world economy, no new infrastructure is needed. Incentives, distributed through the patent system, would directly influence tech companies around the world.

Secondly, the individual patent – as an instrument – is based on an already existing incentive structure, pursuant to which the inventor or company behind a new technical solution is given a time-limited market monopoly on their invention. The protection of a patent typically lasts around 20 years, and for the holder of the patent it constitutes both a valuable business asset, as well as a powerful means to compete competitively and profitably. By analogy, these assumptions also apply to individual countries. It is no coincidence that the world's two largest economies, the US and China, are very active in the intellectual property sphere and utilize patent systems in their economic growth strategies.

By reforming and changing existing patent systems, both national and multilateral, to incorporate increased incentive structures for climate and environmentally friendly technologies and inventions, the necessary global transition and structural changes could be expedited.

Increased incentives could include:

Implementing one or more of the proposals above would inevitably involve some challenges and difficulties, not just in the legal arena, but also in the realistic ability of the countries, authorities and other actors concerned to make real changes. Nevertheless, the advantages for both the future of the planet and the global economy is potentially large. The environmental problem should be so important today that it can endure any politicization of the issue.

The main purpose of this article is to start a debate on revisions that could be made to existing innovation systems, patent systems and related regulatory systems in order to drive and accelerate climate-friendly innovation and green growth, thereby contributing to the earth's recovery. How can systemic change be realised without risking negative side effects? How could more workable and detailed? proposals on changes in this area be crafted? How can Swedish interests drive such a development?

We call on stakeholders in politics, business and society generally to join in this discussion - a necessary step in determining the most appropriate course of action. 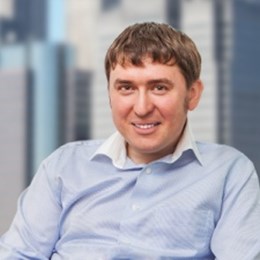